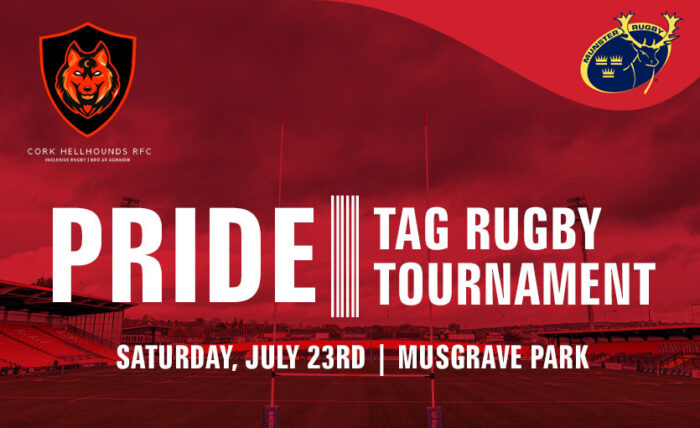 We are inviting individuals or groups to take part in a fun afternoon of tag rugby, where you will be put into teams to play non-contact rugby with members and friends of the Cork Hellhounds.

Whether you are new to rugby or have played tag before, you are welcome to try tag rugby with the Hellhounds and friends from across the LGBT+ and Munster Rugby communities. Supporters are also very welcome to come along and get behind the event where refreshments will be provided on the
day.

If you have never played tag rugby before and don’t know the rules, please note that tag rugby is non-contact and Munster Rugby Development staff will be available also to conduct a 30-minute ‘Intro to Rugby’ workshop on the day.

“We are delighted to support the Cork Hellhounds as they host their second annual Pride Tag Rugby Tournament. With both the Cork and Limerick Pride festivals taking place in the month of July, we are very happy to be able to help the Hellhounds with their own celebrations in the province. Community and inclusivity are at the heart of what we do in Munster so we are really looking forward to the 23rd of July in Musgrave Park which is sure to be a memorable day.”

“We are delighted to have this year’s Cork Pride Tag Rugby Tournament in Musgrave Park, and to be supported so proudly by Munster Rugby. It’s a great way for the local rugby community to have some fun playing tag as part of the Cork Pride festivities, but also to show that a warm welcome awaits LGBTQ+ people in Cork to get involved with the sport. Rugby is an inclusive sport at heart, and we’re proud to show that with our partners in Munster Rugby.”

Register as an individual or a team by clicking here. 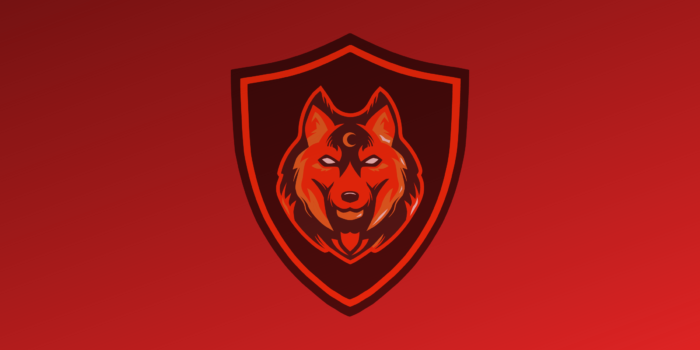 CORK, IRELAND – A new rugby club has been founded in Cork which seeks to invite and include gay, lesbian, bisexual, and transgender (LGBT) players in the sport, as well as their straight friends and allies.

The Cork Hellhounds were founded this month in association with the Gay Project, a Cork-based LGBT community organisation, and training has begun already with a mixture of new and experienced players.

Cork is no stranger to gay-inclusive sports and athletic teams, with both the Cork Frontrunners and Cork Rebels FC catering to running and football enthusiasts respectively. The new rugby team, however, is a first for the province, and the Hellhounds intend to take part in the Munster domestic league over the coming months.

“This is a great moment for sport in Cork,” explained club founder, Adam O’Brien, “as there is still a perception, despite recent years of social progress on LGBT issues, that sport is one area which can be exclusive to LGBT people. Other cities have LGBT-inclusive rugby teams, including in Dublin and Belfast, and they have seen great participation from both gay players and straight friends who wish to support and get involved. We’d love to see the same experience available in Cork, and we’re already off to a good start.”

The Cork Hellhounds train weekly at the Glen Resource & Sports Centre on the northside of the city, and are actively inviting new players regardless of previous rugby experience. For more information, you can email hello@corkhellhounds.ie or follow @corkhellhounds on Instagram or Twitter.